You are here: Home / Lifestyle / Review // Guardians of the Galaxy

I’m listening to the Guardians of the Galaxy Awesome Mix Vol. 1 as I write; the groovy tunes are blasting in my ears and I’m loving it. It’s Epic. That’s pretty much how I would sum up Marvel’s film “Guardians of the Galaxy.” While I am predominately into spreading pixie dust and sparkle, there is a side of me that secretly is all about busting some alien booty or morphing into something really rad.

James Gunn and the amazing cast of the Guardians did an excellent job of bringing the script to the screen. I wonder what the pr company thought of as I wrote my first comments at the press screening. I mentioned something about it being a “heartfelt, action-packed” film. Is there such a thing? Well, there is now. I’ve always been a HUGE XMen fan, secretly wishing that I would become Storm and wake up changing the weather. Or there was the time that I could shift shape like Chameleon. In case you didn’t know, there’s a another side to this little Disney pixie. You’ve been forewarned.

So while watching the movie, I laughed,  jumped at 3D flying objects, and I cried (within the first 5 minutes). Just from seeing the trailers and the 17 minute preview, I had NO idea I was going to be going on an amazing roller coaster of emotions. Mind you, I might be a little more dramatic than the average cult follower of the Guardians. However, my emotions help me navigate through life. If I don’t feel anything, that means it didn’t affect me. I felt like I could really connect with the characters and their emotions. I was living in the film. It was that real and the emotion portrayed by the actors was that good.

Check out this featurette where the cast share a little bit about their characters and the film… This will help you get a better idea of the plot. Then, continue reading 🙂

Love or Action… or both?

It’s hard to stick in love and action within a film, usually one or the other ends up cheesy and very scripted. James Gunn & Marvel did an amazing job with casting and playing out the script. Chris Pratt and Zoe Saldana had great chemistry as Peter Quill and Gamora. It was a perfect balance between an unlikely (although pretty predictable once the movie got deeper) love story and kicking a lot of alien tail. While we see the romance of Quill and Gamora, we also see the love that the Guardians ultimately have for each other. An unlikely group of friends that met in prison are united to save the galaxy.

I am Groot; Rocket rocks.

Groot (Vin Diesel), stole the film. Without giving you too much of a spoiler, let’s just say that his heart seriously is moving. He might be a life form of very few words and a limited vocabulary, but his heart… Man, he had me in tears. I’ll be sharing more thoughts on Groot in another post. He really captured my attention! He might be one of few words, but as they say, actions speak louder!

Rocket (Bradley Cooper) can be one stubborn alien-like raccoon. But he is bad ass. Yes, he is. He cracked me up the entire film and while he seemed to be hard hearted, he really loves his family, the Guardians. It takes a little bit for him to stop being “all about the benjamins,” but he comes around. He’s pint sized, but packed with a lot of punch (and ammo).

I had no idea who Dave Bautista was until this movie! I’m not really into wrestling or fighting, but I have to say that regardless of anything else said about Dave’s role in the film, HE DID AMAZING. He was on point with his acting; I was in stitches with his literal outlook on life throughout the film. He really brought Drax to life and all of those hours in the makeup chair really paid off. He looked phenomenal.

I think what I liked most about the film is the freshness of the story. I didn’t read the Guardians of the Galaxy comics, so I am unfamiliar with the series prior to these screenings. I think the entertainment industry is currently drenched with Avengers (although I love Iron Man because Robert Downey, Jr. is amazing and Chris Evans makes an amazing Captain), Xmen, and Wolverine. In the world of superhero movies… how many Spiderman, Superman, or Batman movies do we really need? And now we are getting a Black Captain America and Female Thor! While I have no negative opinion on the latter changes to our Marvel heroes, I think that change is good, but it’s refreshing to have a totally new story and set of heroes that are fairly new to the limelight.

I’d love to see all of the Marvel superhero films on a timeline with galaxy placement. That would be a sweet poster. Speaking of posters, check out the fan art posters! I need these framed! 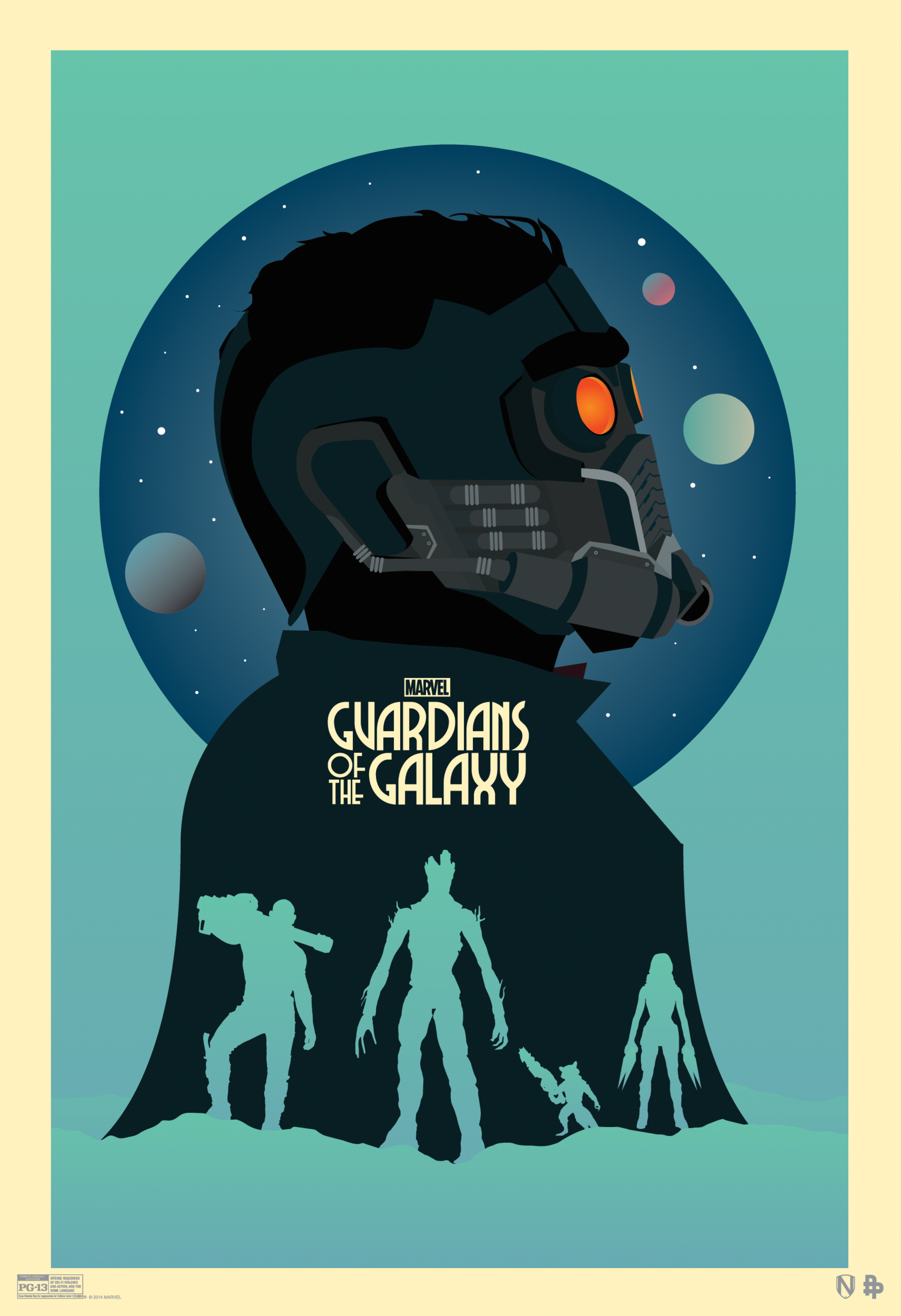 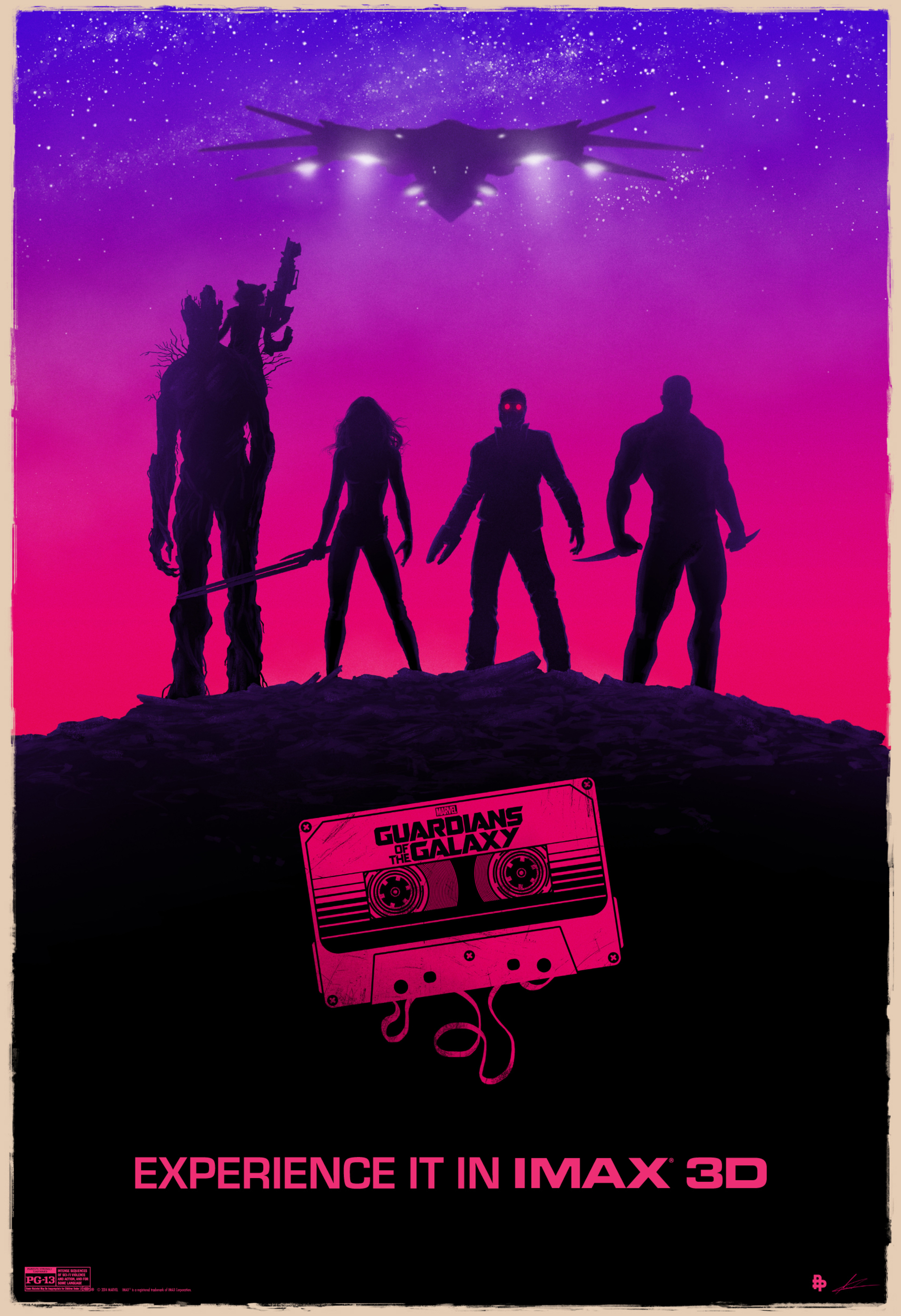 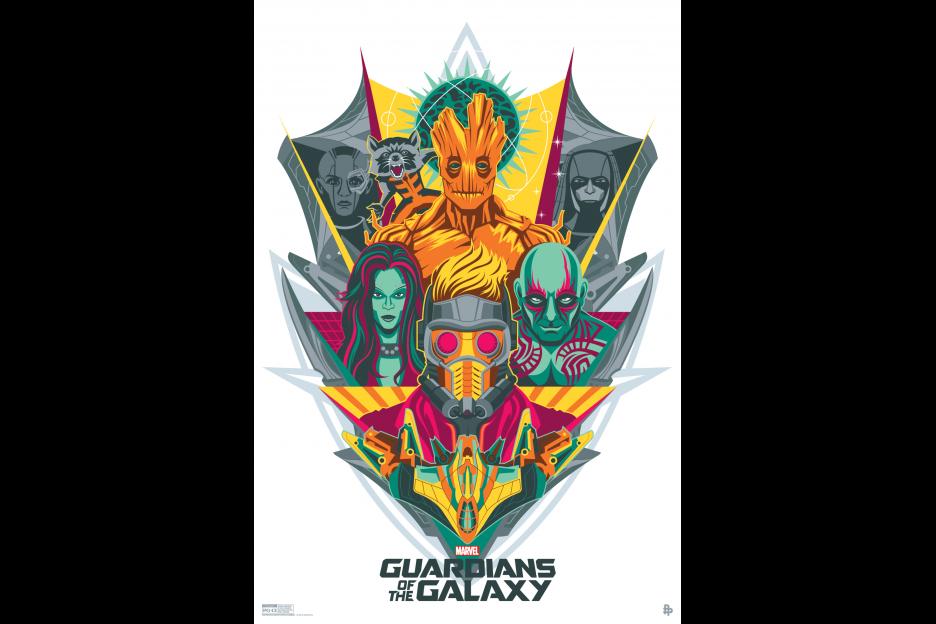 In the end, I’m “Hooked on a Feeling” and know that Guardians of the Galaxy is a serious blockbuster film and you’ll be missing out if you don’t catch it while its hot! You won’t be disappointed with the amount of action and laughs. It’s a really special film and one that all ages can enjoy (although since it is PG13 there is some profanity, violence and suggestive language). Sure you can wait until it comes out on DVD, but seeing it in Real 3D is stunning and puts you right into the galaxy that they’re fighting for!

Oh… and when you do see it…

GUARDIANS OF THE GALAXY is now available » dvd & Blu-ray on amazon!

SHARE: What was your favorite part of the film?

Thanks for subscribing! Stay tuned for magic!